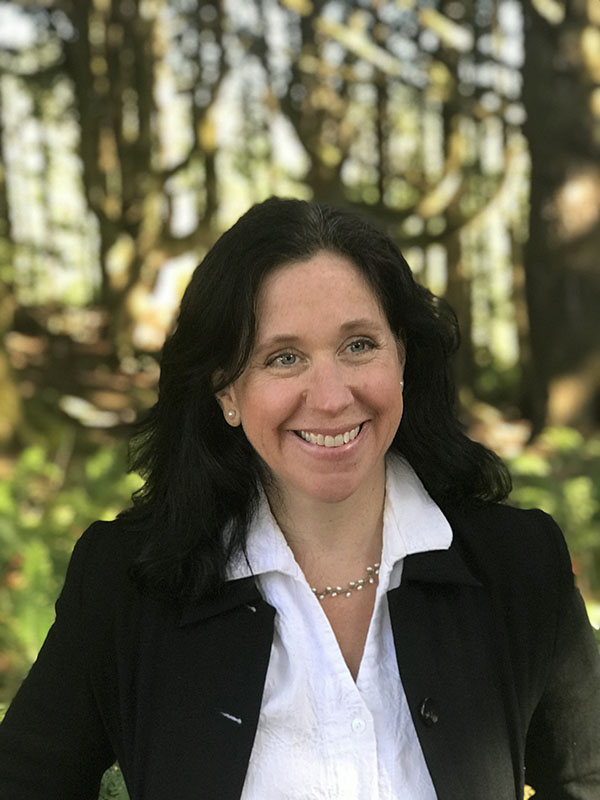 Kristen serves as the Associate Director for Oregon State University’s Marine Studies Initiative, since November 2016. She arrived to the university in 2004 to coordinate the Partnership for Interdisciplinary Studies of Coastal Oceans, as part of the Department of Integrative Biology.

As the Marine Studies Initiative’s Associate Director, Kristen works closely with the leadership team, faculty, and staff across campus to advance the initiative’s academic, research, and outreach and engagement goals.

Dr. Milligan is deeply committed to advancing interdisciplinary research and education and has extensive experience in these fields. In recognition of her work to organize interdisciplinary teams, she received OSU’s D. Curtis Mumford Faculty Service Award for “exceptional, ongoing, and dedicated interdepartmental, interdisciplinary and inter-institutional service” in 2014.

An ecologist by training, Kristen earned a Bachelor of Science from the Evergreen State College in 1992. Her doctoral degree, received in 1998 from the University of British Columbia, focused on the biomechanics and population ecology of a common kelp species living on wave-swept coasts. After her doctorate, she pursued her interests in public policy, civic engagement, and resource management and worked for a large marine conservation coalition, Clean Ocean Action, in the New York/New Jersey region. There, she focused on ocean resource management and pollution issues and worked side-by-side with individuals from many different groups and organizations involved in ocean stewardship. During this time and prior to arriving at Oregon State University, she co-authored the third and fourth editions of McGraw-Hill publisher’s “How to Study Science”, a workbook designed for non-science college students.